We're proud to play the Philadelphia release party for our dear friend Moor Mother's LP Fetish Bones this Saturday! Here's some info about it from Moor Mother:

THIS SHOW IS STACKED! PLEASE JOIN ME IN CELEBRATING THE RELEASE OF MY ALBUM
THANK YOU TO EVERYONE FOR THE LOVE AND SUPPORT. MANY BLESSINGS TO YOU ALL.
PERFORMING LIVE
6 Moor Mother + NAH
5 dreamcrusher
4 Doelife
3 Trophy Wife
2 Mental Jewelry
1 EU1OGY
DJ Rana Ransom
DJ YUNG NILA
+ Special Guests Upholstery

Afterparty 12AM - 2AM with ATM residents

Fetish Bones is the Don Giovanni Records debut of Philadelphia-based musician, artist, and activist, Camae, who performs under the name Moor Mother.
The album features 13 songs conceived and recorded in Camae’s home studio using a variety of machines, field recordings, and analog noisemakers. The music is often harsh and strange, projecting both the visceral anger of punk and the expansive improvisatory spirit of Sun Ra. It’s an album intended as a form of protest and also as form of time travel -- a collection of sounds that are events themselves, telling stories rich in history about the journey that brings us to today and the future we are creating. Fetish Bones is not an album meant to help you forget. It is made so that you will remember the injustices that we bear witness to and participate in.
Pre-order: http://bit.ly/2a77ufE
Listen to the track Deadbeat Protest: http://bit.ly/29Xc5nG

Please join us!
Posted by Exotic Fever Records at 3:39 PM No comments:

we did a little interview about it with others for the key. it's here.

see you soon!
Posted by Exotic Fever Records at 11:41 AM No comments:

We're so excited to be playing shows again. We played in Durham and in Philly in the past month, and have a few more shows coming up we would like to share with you. Here they are:

1.22.2016 - NYC at the Silent Barn with Waxahatchee (solo) and Vagabon - pre sale tickets sold out but some tickets available at the door - 8 pm - benefit for Planned Parenthood on anniversary of Roe v. Wade - Facebook link here

We appreciate folks coming out to see us. We have a few new songs to share. Hope to see you soon!

Hey everyone! We've been on a bit of a break these past few months, but we have some new songs to share. We recorded these two tracks in the late winter of 2015 with our friend Dan Morse. Our friend Devin Ocampo mastered them, and we glad to have them out in the world.

The song "Body Camera" is something we wrote in response to the killing of Eric Garner and countless other shootings of unarmed people of color by police. We remain inspired by the Black Lives Matter movement and want to be part of working towards a world that is more just. Thank you for taking time to check these out.

We'll be back in the world soon, but until then we hope you will check these out.

Review of our record from Cabildo Quarterly

Trophy Wife: All The Sides

We’re told, or led to believe, that in the end, it’s all just a huge pile of content, sitting there, waiting. The playing field has been leveled;  the opportunities are endless. The landfills, however, are not. They beckon and plead: fill me.
The result – the symptom – is frontloading, getting the hook up front to grab attention. Because no one has an attention span any more, we’re told. Because everything is available to everyone at all times, no one gives a shit about anything, and we’re becoming zombies, sleepwalking through our day trying to kill content. Annihiliate this stream, this viral video, all week long.
But it’s bullshit is the thing.  There’s evidence everywhere: unlikely comebacks, TV series sprawling out over six, seven seasons, killing cliché as they develop characters to be considered outside (and far away) from a 22-minute frame, serial podcasts, you name it. The diagnosis that we’re dulled by and slave to the stream of content perpetuates itself when we buy in – but the increasing realization that the quick-hit simulacra is bogus is just over the horizon and easily visible with a few steps closer. Artists who eschew the quick fix in favor of nuance and authenticity and the long haul are those few steps.
And just over that horizon is Trophy Wife, with All the Sides, their third long-player. This Philly two-piece painstakingly crafts their mini-epics of bombast and nuance, and they do it by (get this) listening to each other. By spending time in the practice space focusing on how many times, how loud, how this part drops out so this other part can kick in. It sounds simple because it is, but it can’t always be:  guitarist Diane Foglizzo and drummer Katy Otto are both sick players, able to stop on so many dimes, drop oddly timed phrases in and out with nary a seam, and twist distortion into contemplation (and vice versa). I can imagine how easy it might be to just go off and let the sparse arrangement pick up the metaphorical slack. But nope. Both members realize throughout that they’re halves of a greater whole, and through this understanding – through servicing the songs they write, at the expense of going off or over – they show listeners that patience is rewarded, that things come together over time, and that music, despite the new economy or whatever, does not have to be disposable to be noticed. It can be heartfelt and passionate and difficult and no less rewarding.
Audrey’s Song is a perfect embodiment of everything Trophy Wife does well: picked single notes yield to sheets of distortion, as Foglizzo and Otto’s vocals buzz, conjoin, and fly away; toms roll, measures drop and reappear seemingly on their own accord. It’s affecting stuff which rewards repeated listens, which is what the band wants, more than a quick hit. This is long haul stuff, the fragility and empowerment of sustenance.
Michael T. Fournier
Cabildoquarterly.tumblr.com
Posted by diane! at 12:54 PM 1 comment:

Very excited to be playing a show in NYC next month with some great friends!

facebook
venue
Posted by diane! at 3:25 PM No comments:

Hey everyone! Fresh on the heels of the release of our new album All the Sides, we are playing a few shows. Here are the details: 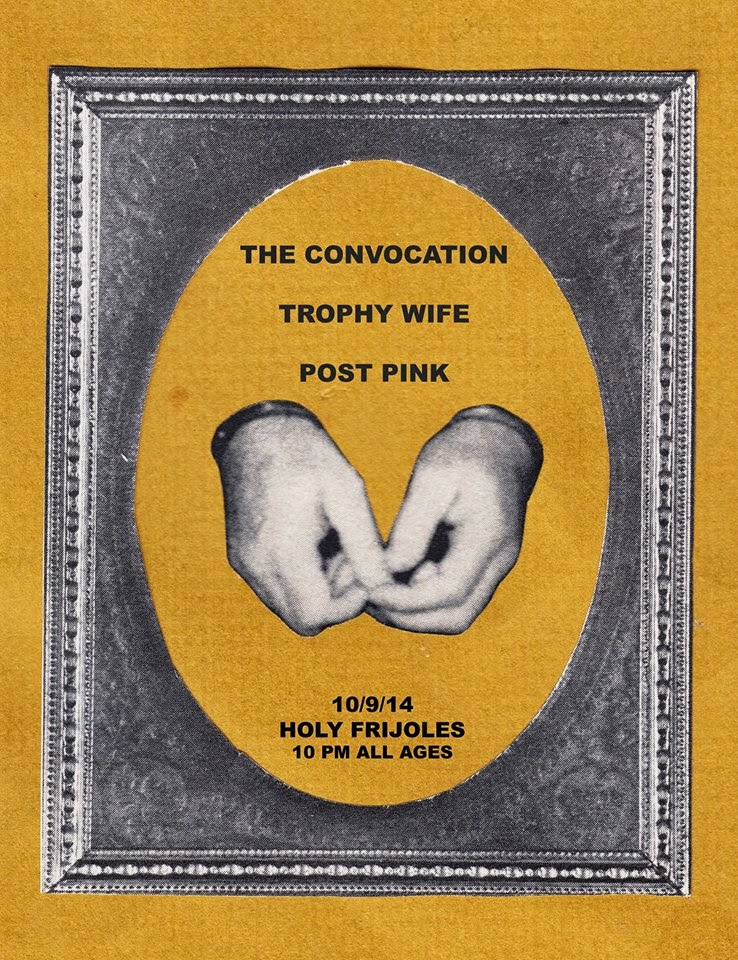 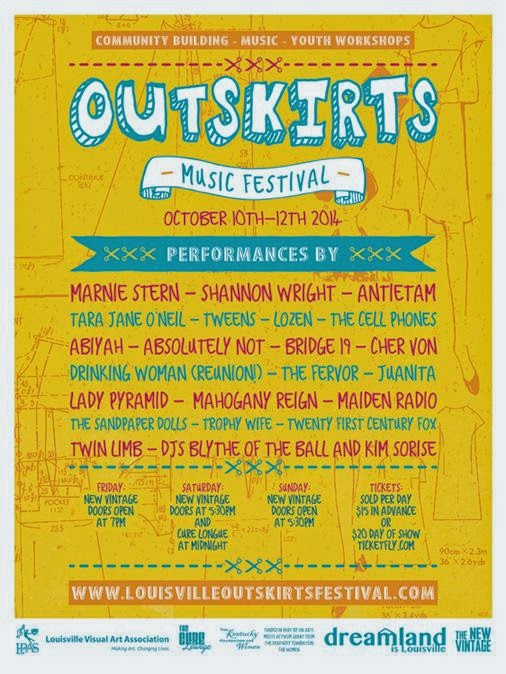 We hope to see you there! Tell your friends!
xo,
tw
Posted by Exotic Fever Records at 7:30 PM 1 comment: 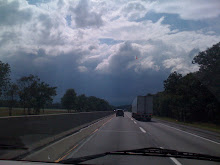 Tape is SOLD OUT. at one point, you could buy it HERE.
We have three records:
Patience Fury
Sing What Scares You
All the Sides

You can stream them on bandcamp. 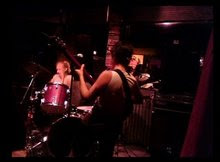